The next generation of batteries

Landshut University of Applied Sciences is part of the BMBF competence cluster for solid state batteries, and conducting research into new concepts for the cost-effective and safe storage of electrical energy

Lithium-ion batteries have been the frontrunners in battery development for a long time. As their scope for improvement is getting smaller and smaller, however, scientists are conducting research into alternatives. For many people, solid state batteries, which do not require liquids, are considered a panacea: they are safer because they cannot leak and they are non-flammable. They also store more energy, can be charged faster and offer increased safety. All of these attributes make them particularly attractive for electric vehicles, which continue to be weighed down by long charging times and short ranges. But do the new super batteries deliver what they promise? The answer is: not yet. This is because this type of battery is associated with a number of challenges that need to be overcome before it can go into mass production.

In this context, in the second phase of the FestBatt Competence Cluster, the German Federal Ministry of Education and Research (BMBF) is providing funding to the value of approximately 23 million euros so as to address these issues successfully. The FB2-POLY project was chosen as one of the projects to be funded by the BMBF over the next three years. Together with the Helmholtz Institute Münster, the Helmholtz Institute Ulm and the Karlsruhe Institute of Technology, the researchers at the Energy Technology Centre (TZE) in Landshut want to develop new concepts for high-performance and safe batteries with polymer-based solid materials.

No ideal solution yet found

“The battery cell in a conventional lithium-ion battery consists of two electrodes (anode and cathode) which are connected ionically via an electrolyte liquid,” explains Prof. Dr Karl-Heinz Pettinger, Scientific Director at the TZE. The positively-charged lithium ions travel through the electrolyte from the anode to the cathode, while the negatively-charged electrons travel through an external circuit to balance the positive charge generated by the lithium. The flow of electrons generates the electric current. In solid state batteries, the electrolyte liquid is replaced with solid materials. “So far, however, we are yet to have found the perfect solution for this,” says Pettinger, “because a large number of solid substances inhibit the flow of current.”

In the FB2-POLY project, the researchers therefore want to optimise electrolytes which are based on polymers, such as plastics. “Our goal is to improve the lifespan and performance of batteries,” explains the Professor at Landshut. Among others, Landshut University of Applied Sciences is responsible for developing a lithium-free anode which is based on electrospinning technology. In this case, the lithium anode is only formed during the charging, starting with the lithium from the cathode, and dissolves again during the discharging. The team led by Project Coordinator Dr Jonathan Florez-Montano, Hans-Konrad Weber and Caterina Bellatreccia wants to make use of the maximum theoretical energy density. Moreover, the use of a lithium-free anode significantly reduces the production costs associated with batteries, as the processing of metallic lithium requires sophisticated processes.

Technology leader in the battery industry

From the user perspective, the Landshut team is conducting research into the possibility of using lamination technology to build and connect solid-state batteries with a polymer as the electrolyte, with the goal of transferring this process to large-scale production. At the end of the project, the scientists at the Competence Cluster want to supply materials which will enable Germany to become a leader in the field of battery storage systems in the future. In discussions with industry, they are developing strategies to be used within the scope of a pilot production project. In this context, the researchers want to consider the future needs of industrial development right from the start. 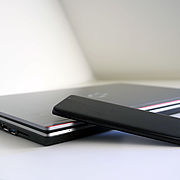 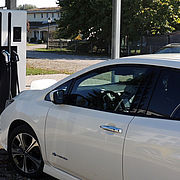 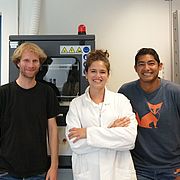 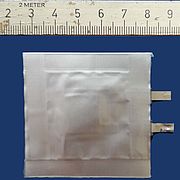