May 17th is the International Day against Homophobia, Transphobia, Interphobia and Biphobia. This day is all about raising the profile of queer people's living conditions. In this context, the Bavarian Green Party and its queer political spokesperson Tessa Ganserer, MdL, commissioned a scientific study on the living situation of queer people in Bavaria from the Landshut University of Applied Sciences.

The results that are now available make it clear: Bavaria is not a non-discriminatory place for LGBTs. Almost 50 per cent of queer respondents have experienced discrimination based on sexual orientation and/or gender in the past three years.

Discrimination in many areas

"The findings show a differentiated picture of queer people's experiences of discrimination in different areas of life," reports Alis Wagner from Landshut University of Applied Sciences. The study's underlying data are based on Wagner's Master's thesis, who recently completed her Master's degree in "Social Work: Clinical Social Work". "Alis Wagner has done an outstanding job and collected valuable data that has not been available in Bavaria before," said Prof. Dr. Barbara Thiessen, who supervised the work together with Prof. Dr. Bettina Leibetseder.

Around 3,000 people took part in an online survey, and almost 900 questionnaires were subsequently evaluated. Detailed data analysis showed that discrimination has an above-average effect on queer people with low incomes and those with physical and psychological impairments in particular.

According to Thiessen and Wagner, the transsexual people group also experiences discrimination remarkably frequently. A look at regional specifics also shows that queer people in rural areas live less openly, as they have to reckon with comparatively more discrimination if the queer affiliation is known and visible.

Moving to the big city contributes to the rural exodus. "The overall picture clearly shows that there is a need for action with regard to the acceptance of queer people, especially in rural areas. Support structures must also pay more attention to particularly vulnerable groups. There is a need for further research in this area," says Thiessen. 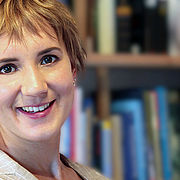