Electric cars are in the ascendant, worldwide. Many consumers, however, are critical of the inferior low ranges of the models currently on the road. Only a few electric cars can travel more than 200 kilometres on a single battery charge. Another point of criticism is the long charging process lasting several hours. Landshut University of Applied Sciences now wants to solve this problem in conjunction with the company Graphit Kropfmühl and other project partners. As part of the COATEMO II project at the Technology Centre for Energy (TZE) in Ruhstorf an der Rott, Germany, they are conducting research into rapidly chargeable lithium-ion batteries with anodes made of innovative silicon-graphene. This is intended to significantly increase the energy density compared to conventional graphite anodes. The benefits of this technology are that the batteries can be charged more quickly, and the cars can drive longer distances. This in turn boosts the competitiveness of electric cars compared to combustion engines and would result in fewer charging points being needed in city centres. The first project meeting with all the parties involved took place on 11 February at Graphit Kropfmühl in Hauzenberg, Bavaria.

Twice the energy and higher load capacity
The previous project, COATEMO I, saw Landshut University of Applied Sciences working with Graphit Kropfmühl and the Center for Solar Energy and Hydrogen Research (ZSW) in Ulm to research how natural graphite can be enhanced as a storage material for lithium-ion batteries. Prof. Karl-Heinz Pettinger, the project lead at Landshut University of Applied Sciences, is building on these findings now. Together with two research associates, he is developing anodes made from silicon-graphene, which can store twice as much energy as purely graphite electrodes. “Due to the improvement in quick charging, it then takes just 30 minutes for the battery to be almost completely recharged,” explains Pettinger. What is more, thinner electrodes can be used while keeping the capacity the same, whereby the surface and thus the load capacity increase.?
Silicon as the storage material of the future?

For the new technology, multilayer graphene was dried with silicon using hot gas (spray drying process) and processed into a composite material. Following on from that, Pettinger wants to demonstrate in the lab how this material can be further processed to form anodes and how the processes must take place in order for the new batteries subsequently to be produced in a commercially viable way. One challenge is overcoming the disadvantageous properties of silicon compared to the graphite which is traditionally used. For example, the service life of silicon anodes has so far been very low due to the high sensitivity of the metalloid. Furthermore, silicon expands greatly, which means that the material can break easily. “The project partners are contributing all their expertise in the fields of graphite, silicon and battery technology, so that we can take a step forward here through joint research and development,” adds Pettinger.

About the project
The COATEMO II project (high-energy electrodes for electric mobility) is scheduled to run until October 2021 and is based at the Technology Centre for Energy (TZE) in Ruhstorf an der Rott. The project lead at Landshut University of Applied Sciences is Prof. Karl-Heinz Pettinger; the project overall is being led by Dr. Robert Feher of Graphit Kropfmühl. Other project partners are 3M Dyneon, VARTA Microbattery, FutureCarbon and InVerTec. The project is being financed by the German Federal Ministry for Economic Affairs and Energy, with a total sum of 1,625,000 euros.

Photo: Landshut University of Applied Sciences
(free to use if source cited) 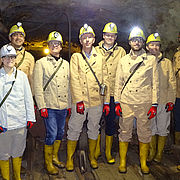 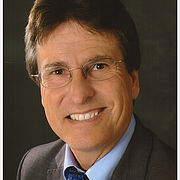