Despite the German Government placing increased emphasis on e-mobility against the background of the current climate debate, to date sales of electric cars have been sluggish. The reason most given by motorists for this is their price. Landshut University of Applied Sciences is tackling this together with three partner companies. In the recently launched project SpinnAP – Spinning Technologies for Advanced Battery Production, researchers are developing new materials and technologies which should make batteries cheaper and safer. These include the high-speed electrospinning process which opens up new opportunities for the manufacture of lithium-ion batteries. In addition, Landshut University of Applied Sciences is also conducting research on solid-state batteries, which are considered to be the successor generation to the established batteries and promise a higher level of safety, faster charging times and a further increase in energy density. The research project runs until 2022 and is being conducted at the Energy Technology Centre. Besides Landshut University of Applied Sciences, the companies 3M, AKE-technologies and Brückner Maschinenbau are involved in the project. The Bavarian Research Foundation is funding the project to the tune of more than one million euros.

In order to make battery production more productive for companies, the researchers are developing a new type of spinning concept which is faster than the existing processes and can be incorporated in existing production lines. “With electrospinning, materials are spun into very thin fibres with diameters of a few micro or nanometres,” explains the project manager Prof. Dr. Karl-Heinz Pettinger of Landshut University of Applied Sciences. In addition, the researchers inject a polymer solution from a nozzle into an electric field. The solution is attracted and accelerated by the counter electrode. During this process the solvent evaporates and nanofibres are formed, which settle on the substrate to be coated like a kind of fleece. These nanofibres optimise the performance in energy stores and result in an improvement in rechargeable lithium cells. The electrospinning process is also suitable for use in medical technology or the manufacture of filters.

The method of lamination is also contributing to the faster production of batteries, and research is being conducted on this in the project as well. The laminating of previously unlaminatable electrodes helps to increase production in the manufacture of particularly long-life lithium ion cells. “If battery manufacturers produce faster, the costs will also reduce,” explains Pettinger, “this might ultimately lower the price of e-mobility.”

Carrying the hopes of electromobility

Besides speeding up the production of batteries, the work of researchers also focuses on the development of new materials and technologies. The project team is developing and testing batteries with solid (instead of previously liquid) electrolyte. “These solid-state batteries are considered to be the promising successor to the established lithium ion technology,” explains Pettinger, “they are safer, more reliable and have a longer life than their predecessors.” At the same time they should also reduce charging time due to their higher energy density and storage capacity. “If we make further progress here, this might increase the range of electric cars,” explains Pettinger, “this would also make electromobility more attractive to many motorists.”

Research in all directions

The new SpinnAP research project is one of several projects at the Energy Technology Centre which centre on battery research. “We conduct research in all directions,” explains Pettinger, who is also the Scientific Director of the Energy Technology Centre. For example, the researchers in the COATEMO II project are developing lithium-ion batteries with silicon-graphene anodes in order to increase the energy density and as a consequence reduce charging times. In the InTenZ project, on the other hand, the approach is to make battery production more productive and cheaper, with researchers making the drying of electrode rolls – an important step in production – faster and more efficient using a new process.
?
About the project
The SpinnAP (Spinning Technologies for Advanced Battery Production) project runs until June 2022 and is being conducted at the Energy Technology Centre in Ruhstorf an der Rott. Prof. Dr. Karl-Heinz Pettinger of Landshut University of Applied Sciences is responsible for the overall management of the project. Other project partners are 3M, AKE-technologies and Brückner Maschinenbau. The project is funded by the Bavarian Research Foundation. The total project funding is EUR 1,027,000. 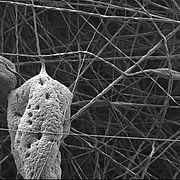 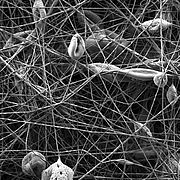 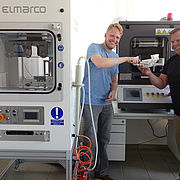 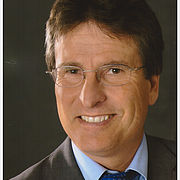