Landshut Computer Scientists have developed an app that prompts drivers to leave space for an emergency access corridor in the event of a traffic jam.

A couple of metres can save lives. To ensure that paramedics, the police and the fire brigade can reach the injured after an accident on the motorway, every driver needs to allow space for them to pass in a timely fashion. It doesn’t always work - or happens too late since once the traffic has come to a standstill it takes far longer for vehicles to make room. ??

In future this app will remind drivers in good time to leave space for the emergency services. If a car is heading for a traffic jam, the app gives an acoustic warning. “In addition, it also shows on the display that the emergency access corridor is being created between the left-hand and other lanes,” explains Julian Dörndorfer, one of the co-developers of the app at Landshut University of Applied Sciences. Professor Dr. Christian Seel led the project at the Institute for Project Management and Information Modelling (IPM). “The app combines information from the mobile phone’s GPS with information from the police traffic reporting office,” explains Seel. This means that “the app only issues a warning when there has genuinely been an accident and an emergency access corridor is needed. It keeps quiet if the traffic jam has only been caused by a high volume of traffic.”??

The app, which is intended to be incorporated as a module in a variety of Android and iOS apps, is part of an awareness-raising campaign by the Bavarian Interior Ministry. The BMW Group, Landshut University of Applied Sciences and the ADAC are working on it together. A new information flyer in five languages has been published and special emergency access corridor advice for BMW vehicle information systems has been introduced. 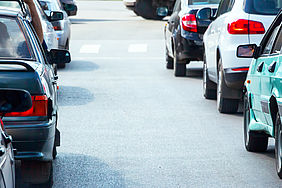 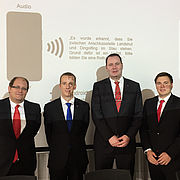 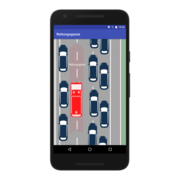